It seems this issue marks the beginnings of a move beyond Covid, from a compliance and regulation perspective; despite the requirement for continued fortnightly performance reporting and the clear financial implications for many suppliers (see, for example, the recent collapse of Tonik Energy); we appear to be getting some normality back in the industry, with a return to standard practices of compliance such as complaint reporting. That being so, this issue attends to some new policy announcements, upcoming consultation deadlines and several continued updates regarding smart metering and faster switching.

Last issue’s ‘News in brief’ highlighted the Chancellor’s announcement of a planned Green Gas Levy, made on the 11th of March 2020. There was a general understanding that the levy would help fund the use of greener fuels and provide the necessary investment to increase the Green Gas infrastructure, with the specific design of the levy to be determined later on.

Following this, on the 22nd of September, the Department for Business, Energy and Industrial Strategy (BEIS) released their first paper specifically concerning the Green Gas Levy, outlining a proposed design and inviting further consultation, which is set to close on 2nd November 2020. 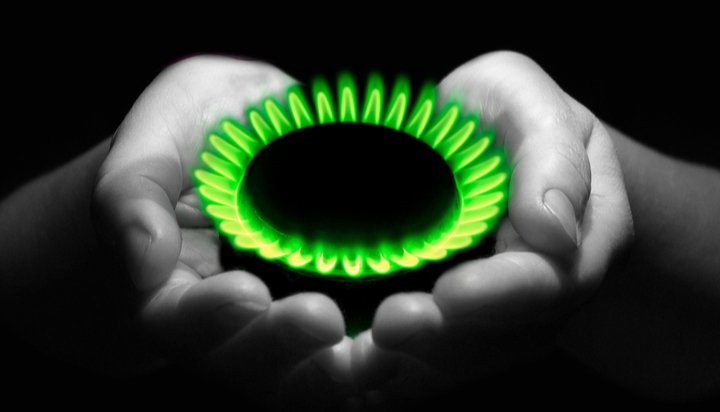 For speed and cost certainty, for both supplier and consumer, the levy will initially be charged to each supplier according to the number of active gas meter points it supplies, meaning each meter point, and ultimately each customer, will be levied at the same amount per day, irrespective of individual gas consumption or customer type. To facilitate this calculation suppliers themselves will be responsible for providing accurate daily meter point data to Ofgem pertaining to the previous quarter. Although BEIS hopes to transition this toward volumetric based calculations by 2024/25, it remains to be seen how this would be reflected in individual customer billing.

In the immediate term, and in order to provide gas suppliers with increased foresight of the levy independent of the size of their operations, BEIS intends to publish a figure for the maximum amount that the levy could collect in any one year or a maximum possible levy rate.

Ofgem are keen to ensure this levy is collected promptly and in full to maintain funding for the injection of biomethane into the grid, as per the associated Green Gas Support Scheme.

Therefore, in order to provide the assurance that the relevant suppliers will be able to cover their levy obligations each quarter, suppliers will be required to lodge credit cover with Ofgem ahead of each quarterly payment, while late or missing payments would be subject to a high interest rate, between 5-8% above Bank of England base rate.

Furthermore, Ofgem will have the power to run mutualisation – meaning any financial shortfall resulting from missed levy payments may be shared out across the rest of the suppliers in the industry (again according to the number of meter points served by each supplier).

As you may remember from our previous issues, published back in the Summer and Autumn of 2019, Ofgem first launched a strategic review of the microbusiness market back on the 3rd May 2019. Initially the regulator called upon industry stakeholders to provide evidence to Ofgem regarding contracts with microbusinesses amid concerns (‘theories of harm’) that beneficial market engagement, in respect to microbusinesses, was suffering from a combination of consumer disengagement, barriers to data access and more specifically an over reliance on the, sometimes opaque, operations of TPI’s.

This evidence window was closed back in June 2019 and, following a short analysis period and some preliminary engagement with relevant industry groups, a subsequent policy consultation was published by Ofgem on the 29th of July, upon which the consultation is set to close on the 23rd of October.

A Closer Look at the Proposal

Ultimately Ofgem’s analysis found that a small number of microbusinesses were paying thousands more than they needed to be in broker commission charges, therefore the proposals which it put forward were intended to protect consumers; ensuring greater value for money when using brokerage services; making commission fees and key contract details more transparent; removing administrative barriers to switching; and further providing an independent channel through which arising disputes between consumer and energy broker may be resolved (much like the existing energy ombudsman).

The specific package of measures set out in the consultation document include:

Relevant stakeholders are currently putting together their responses to these proposals in advance of the October deadline date. According to the latest available time scale it is expected that a relevant policy reform package may be implemented around March 2021, subject to consultation responses and subsequent policy shortlisting and development.

On the 7th September 2020 the Data Communications Company (DCC) announced that the 5 millionth second generation meter (SMETS2) had been installed onto its data network. According to the DCC more than three quarter of a million smart meters were installed during the Covid-19 lockdown period, since which the installation rate has bounced back strongly (for comparison, in September 20219 there were 2 million SMETS2 meter installed). Supplier are continuing to take all reasonable steps to install smart meters until the end of June 2021 when legally binding targets will be introduced. Industry is awaiting the imminent BEIS consultation which will set out the proposed methodology and design of this new targeting regime.

On the 25th September, the Switching Programme published the final version of its Plan to deliver faster and more reliable switching. Subject to industry feedback, the plan will be reviewed and agreed by the Programmes Delivery Group on the 27th October 2020. Key changes to the programme include:

The plan also includes key obligations on suppliers to self-certificate that their new systems can interact with the new Central Switching Service (CSS).

As mentioned in the introduction to this issue, this period has seen the collapse of Tonik energy, a supplier serving over 130,000 domestic customers, after 5 years trading. On the 10th of October 2020 Ofgem appointed Scottish Power as the Supplier of Last Resort (SoLR), meaning it will take on all Tonik’s current customer contracts for their remaining period.

This comes on the back of a list of missed regulatory payments recently announced by Ofgem, in which Tonik was one of seven providers (along with Nabuh Energy; MaEnergy; Co-op Energy; Symbio Energy and Robin Hood Energy), seemingly ‘named and shamed’ not delivering regulatory payments in respect to the Renewables Obligation and Feed in Tariff scheme, totalling over £34million. Furthermore, the regulator called out these suppliers for “not providing Ofgem with adequate assurances that they will make their payments by the late payment deadline”. Ofgem went on to state that “If suppliers fail to pay… Ofgem could take further enforcement action which could include revoking a supplier’s licence.”

In other licensing news, Ofgem announced on the 9th of October that Green Power Generators has made an application for an electricity generation licence and gave notice that it had revoked the gas shipper licence of Qila Biogas.

“As Saudi Arabia is to oil, the UK is to wind”.

On the 6th of October Boris Johnson, speaking at the (virtual) Conservative Party Conference, announced a package of new, and increased, renewables targets; marking what he believes to be “the first stage of a ten point plan for a green industrial revolution”. As part of this commitment he stated that by 2030 the UK would aim to have the capacity to provide 40GW of wind generated energy, up from a previous target of 30GW, and an additional 1GW in floating offshore wind capacity. Furthermore, he promised that £160m would be made available to ports, mostly concentrated along the coasts of Northern England, Scotland and Wales, in order to upgrade relevant infrastructures. Finally, he announced a new target to support up to double the capacity of renewable energy in the next Contract for Difference Auction, which opens in late 2021.

On Friday the 9th October Alok Sharma, the Business Secretary, appointed Jonathan Scott (previously a senior independent member of the CMA board), as interim Chair of the Competition and Markets Authority (CMA), following the announcement made in June that previous chair, Lord Tyrie, would be stepping down after two years in the role. Mr Scott is set to occupy the interim role for up to one year, while a permanent chair will be recruited and announced in due course.

The energy market is complex owing to the many stakeholders and big data which it entertains. Nevertheless, the links below provide some useful visual information which may help satisfy your curiosity or be of some use if you wish to understand more.  The link to the Unidentified Gas (UIG) Dashboard is still in development, although it does provide some insightful features to illustrate the levels of unidentified gas on a regional and national level. Credit should also be given to Xoserve for publishing some useful infographics which provide some practical reference points.

For updated information on changes in operation relating to COVID visit: https://www.ofgem.gov.uk/publications-and-updates/ofgem-information-energy-licensees-coronavirus-covid-19-response-30-june-update

If there is a particular topic or feature that you would like to see in the next newsletter then let us know by contacting your Account Manager or emailing the regulations team directly at: jennifer.wilson@crowngas.co.uk. As usual we welcome your views and appreciate all the positive feedback that we have received to date.

A massive step in the right direction for Green Gas