Our Development team works in the background to create new apps, websites and systems, and essentially make the rest of our jobs easier and more efficient.

It was time to shine a light on the amazing work they do and get to know one of the team, Senior Software Developer John Ascroft, a little better.

John joined Crown Gas & Power in 2016, and has been an integral part of the Development team ever since. He’s known to dabble in several extra-curricular activities including photography and with a passion for music, it’s no surprise he struggled to answer the final question… 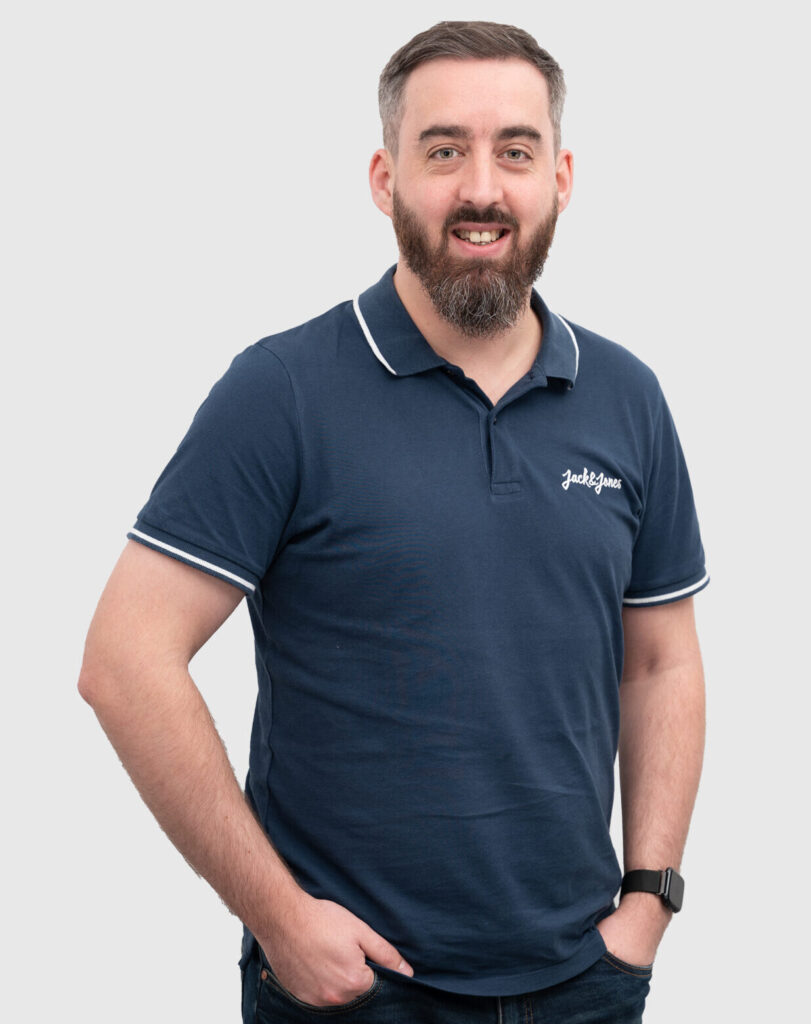 I’m a software developer, which means I’m part of the team that builds our web apps at Crown Gas & Power. One of our aims is to try and make things easier for staff by getting the computer to do a lot of tasks that doesn’t need to take up people’s time. We design and build the “front-end” for people to be able to do this (buttons, forms, tables etc) and write the code to tell the computer what to do in reaction to that (the “back-end”).

What plans has the Development team got this year?

We’ve got a busy end to 2021! One of our key projects is continuing to build on our data warehouse, which will lead to the company being able to make better data-driven business decisions and help us with our data analysis and insight. There are also some brand new apps in the pipeline, which will help to automate processes within other areas of the business, not forgetting the hard work the guys put into change requests, which are staff-submitted improvements to our existing apps.

Getting the first big contract through our sales app was a good feeling. We’d worked really hard to make a pricing tool that would make quoting customers with a huge number of sites so much easier. I think winning that contract was a good indicator that our hard work had paid off.

If you were only allowed one album for the rest of your life, what would you choose?

Well, that’s impossible to answer – I listen to absolutely anything! Within the space of an hour, I can switch between metal, jazz, soundtracks and rock from any decade. Don’t suppose there’s a compilation album that covers all that is there?

If working at Crown Gas & Power team sounds like something you want to be a part of then take a look at our jobs page for any current vacancies.

What do you know about your business gas meter?

2021 brought with it a lot of extraordinary changes within the gas industry. In our latest blog we have listed eigh… https://t.co/1dvON24MLo