While the nation may be focused on whether or not it’s coming home (with our Welsh and Scottish colleges maybe hoping it doesn’t), we here at Crown Gas & Power continue to put our energy into providing yours (although it would be rude not to watch the odd game). Our summer issue looks at several programmes in various stages of their respective games: from the publication of a finalised package of measures under the microbusiness strategic review, ongoing updates on the continued faster switching and smart roll out programmes and finally a fresh consultation concerning changes to Office of Gas and Electricity Markets (Ofgem) enforcement guidelines.

Ofgem first launched its strategic review of the micro business retail market back in May 2019, as covered in our previous newsletter, amidst its general concern that some micro businesses were finding it hard to engage or find the best deal in a complex market. Ofgem were also aware that small minority of Third Party Intermediaries (TPIs), sometimes simplistically captured by Ofgem as ‘brokers’, were causing further consumer harm through a collection of, what Ofgem has termed, ‘sharp practices’.

In July 2020, the regulator consulted on a package of policy measures designed to improve consumer outcomes and increase micro business consumer engagement, further upholding its visions of a new and improved customer journey model. 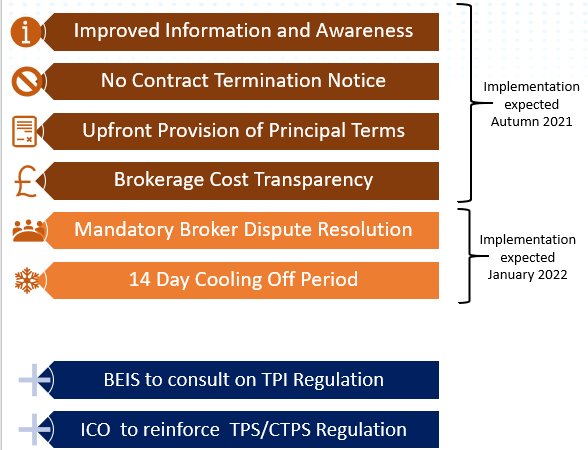 This consultation, which invited responses to over 20 questions, closed to responses in October 2020 and in June 2021, Ofgem published a further consultation on what it is calling a ‘finalised package of measures’ set to close for responses on 9th July 2021.

This most recent paper clearly considers the responses received last year in relation to each policy package and largely invites industry responses to its proposed timelines for implementation. While further providing initial drafts of the standard licence conditions for both gas and electricity suppliers that will serve to cement these changes in the existing regulatory framework.

It is worth noting that a couple of proposals were descoped following the initial consultation, including the proposed introduction of some form of ‘Broker Code of Conduct’, given the government’s plans to consult on wider TPI regulation in the coming year, an announcement made by BEIS in last year’s Energy White Paper. In addition, the Information Commissioner’s Office (ICO) will strive to reinforce and re-educate TPIs on existing Telephone Preference Service (TPS) and Corporate Telephone Preference Service (CTPS) regulations across the market following a swell of complaints regarding cold calling practices.

Meanwhile, subject to the outstanding consultation responses, the first of these Ofgem-led changes are due to be implemented in Autumn 2021 with the final two measures, mandating Broker Dispute Resolution and supporting a 14-day contract cool off period, expected to be delivered in January 2022.

To read a more detailed breakdown of the policies in this final package of measures, see our ‘MBSR Change on a Page’ blog here.

It is common knowledge that 2020 was essentially cancelled. Not only did the EURO 2020 tournament suffer a significant postponement, eventually ‘kicking off’ on the 11th of June 2021 but, as reported in previous issues, the evolution of the government’s post-2020 Smart Metering programme was also delayed, with the end of the current ‘all reasonable steps’ framework initially extended for a period of six months beyond the intended 2020 close-out, with a new Smart Meter roll-out framework due to be introduced at the beginning of this month. However, while we approach the final of the EURO 2020 tournament, the Post-2020 roll-out programme has again been re-baselined by the Department for Business and Industrial Strategy (BEIS), with new prescriptive installation targets now not set to take effect from 1st January 2022.

The government state that ‘the additional six-month extension of the ARS obligation provides energy suppliers with further time to complete their planning and implementation ahead of the new Framework” further asserting its expectation that “all energy suppliers make full use of this further period to finalise any operational arrangements and resolve any residual capacity constraints”.

This announcement forefronted BEIS’s response to a consultation, published at the back of last year, regarding the appropriate industry wide tolerance levels for years one and two of the minimum installation Framework, which will allow for a small degree of realistic flexibility in a supplier’s journey to the targeted 100% market-wide smart meter coverage.

This government decision, released on 1st of June, also introduced distinct tolerance levels for domestic and non-domestic energy suppliers. This considered both the evidence submitted as part of the initial consultation and several post-publication engagement meetings with industry parties. Criticisms were levied against the government’s initial reliance on domestic data and its tendency to overlook the marked effect that covid had on the non-domestic industry, with many sites unoccupied and inaccessible as a result of ongoing Covid-19 restrictions.

Suppliers will use these confirmed tolerance levels in the calculation of their minimum annual installation targets applicable from 1st of January 2022, which further must be publicly available on supplier webpages, although Ofgem has confirmed they are working on a template to help suppliers achieve this. Meanwhile the tolerance levels for year three (2024) and four (2025) of the Framework are expected to be confirmed in year two following a review of the progress to date and a subsequent consultation.

Click here to read the full consultation response by BEIS and find the relevant Impact assessment.

A pause at half-time: the faster switching cutover approach

The existing approach to the management of switching requests, at and around the point of cutover to the new switching arrangements, was established back in 2018. However, the formation of the Cutover Working Group has seen this approach analysed in greater detail by industry parties over the last six months. Through this analysis it became apparent this approach would present some significant developmental complexity, efforts, and cost if it were to be implemented as initially drafted. 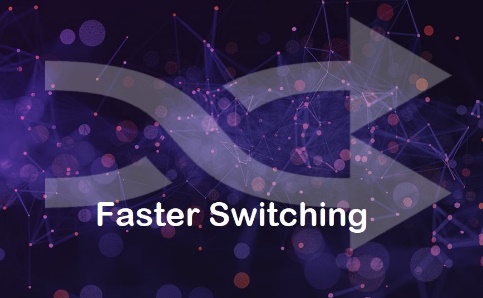 As a result, Ofgem has moved to consider a new solution (CR-D071) which will require suppliers to hold switches before ‘go live’, as well as creating a short five working day ‘pause’ on available switch request dates following go-live.

In practice these changes remain relatively hard to quantify as the current switching ‘go live’ date remains unknown, currently on track to be delivered anytime between the 6th June and 15th August 2022. Ofgem has noted that they plan to confirm a definitive ‘go live’ date by 21st January 2022 and in the meantime, the programme is doing everything to seriously consider and mitigate any costs and impacts to certain parties as a result of this change, which it is confident represents a simpler and less costly approach from an industry wide perspective.

As a caveat Ofgem also declared that supplier’s compliance with standards licence conditions SLC0A and SLC 7A, ‘Treating Domestic and Micro Business Customers Fairly’, would continue to be monitored throughout the CSS transition period, ultimately reinforcing suppliers’ obligations to ensure that a consumer is no way disadvantaged by a request to switch, whether it be shortly before, during, or shortly after any ‘go live’ date. In line with this principle, it is likely that the programme, with the support of suppliers, will consider and develop a customer engagement strategy regarding the cutover plan in the coming months; aiming to clearly set and manage expectations of what the customer can expect when switching during any cutover.

On 16th June 2021 Ofgem announced it was taking compliance action against two suppliers for failing to provide timely and accurate RFI submissions in line with Condition 5 of the standard gas and electricity supply licence. The reports in question included Tariff and Customer Account Information (issued to domestic suppliers), the COVID-19 Monitoring RGI and the Complaints RFI (issued to domestic and micro business suppliers). 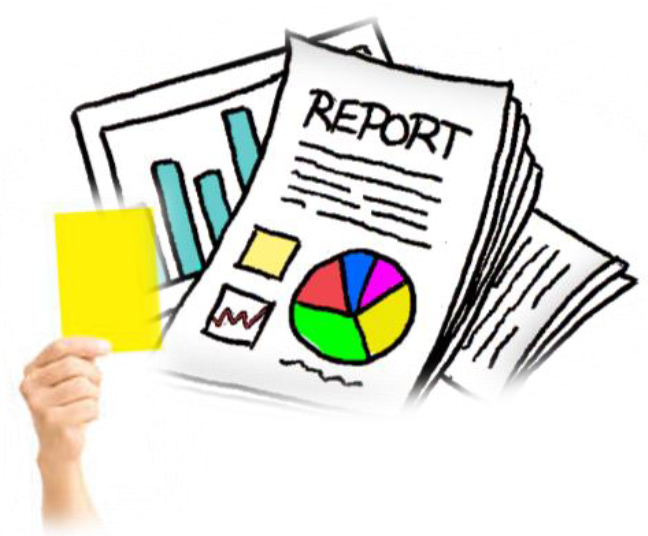 Following constructive engagement with the regulator, the two suppliers, Avro Energy and Entice Energy, agreed to pay £30,000 and £20,000 respectively into the Energy Industry Voluntary Redress Fund. This follows a further £20,000 payment from SSE, back in March 2021, for similar reporting failures.

Review of the penalty decision: enforcement guidelines and sectoral penalties

Sticking with the theme of foul play, on 9th of June Ofgem published a consultation on changes to their ‘Enforcement Guidelines’ and ‘Sectoral Penalty Statement’. These documents were last updated in 2017 and 2014 respectively, but the regulator states that this consultation, subject to responses and a final decision, will mark the end of an ongoing review of its enforcement approach.

The body of this consultation, closing for comment on the 4th August, proposes amends to several components of the current guidelines, including:

On Friday 18 June, Ofgem announced its intention to undertake a review, and engage with stakeholders, on whether it would be appropriate to include an allowance for the GGL in the default tariff price cap for the seventh cap period (October 2021 to March 2022). The Green Gas Support scheme is due to launch in autumn 2021, with the first collection of levy payments expected between April and June 2022 but the seventh cap, which will cover some of this period must be announced by 6th August this year.

The Industry and Regulators Committees spoke to relevant academics in a parliament discussion about the role of Ofgem, the UK’s energy regulator, in the transition to net zero. The meeting, held on the 22nd of June, considered Ofgem’s objectives and powers, its work in protecting the interests of consumers, and its relationship to Government and Parliament.

On 9th June the Treasury announced the establishment of a new independent expert group to advise on standards for green investment. The Green Technical Advisory Group (GTAG) will supervise the government’s delivery of a so called ‘Green Taxonomy’, making it easier for investors and consumers to understand how a firm is impacting the environment. This announcement follows research carried out earlier in the month by British Gas, which stated that it is likely that confusion is putting people off from switching to a greener tariff with 28% of people saying that if they understood more about where their energy was coming from, they would be more likely to go green.

Our Green Gas is purchased across multiple locations; however, it is always in the UK. When you purchase Green Gas, your certificate will show where the Green Gas we sourced to cover your contract was bought from. For more information visit the Green Gas page on our website here.

If there is a particular topic or feature that you would like to see in the next newsletter then let us know by contacting your Account Manager or emailing the Crown Gas & Power Regulations Team directly at: jennifer.wilson@crowngas.co.uk.

As usual, we welcome your views and appreciate all the positive feedback that we have received to date.

Change on a Page - The Microbusiness Strategic Review

Catching up with our Directors

What is greenwashing and how can we recognise it?

We pride ourselves on giving all our partners the same unrivalled award-winning customer service, so it is always g… https://t.co/4DoTygk7Hq