As we find ourselves at the cusp of a new year it seems natural for this newsletter to take a final look back at 2020 (Inevitably including Covid-19) and a look forward to what this year has in store. It also seems a fitting time to consider the future of the industry, more specifically the continued shaping of a greener, cleaner, and fairer energy system, following a surge of key policy announcements at the end of the year which have since been digested (alongside a generous helping of turkey).

It is hard to look back at 2020 without addressing the elephant in the room, no not Brexit (this time), but the Covid-19 pandemic.

It is now thought that the first confirmed cases of Coronavirus in the UK came back in January of 2020. However, the worrying scale of the pandemic, and its exponential infection rate across the UK, was not obvious until March. It was on the 23rd of March, in a televised address to the nation, that Boris Johnson announced what was to be the first of several subsequent ‘lock down’ measures, levied to reduce transmission of the disease, protect the NHS and ultimately reduce any devastating loss of life. 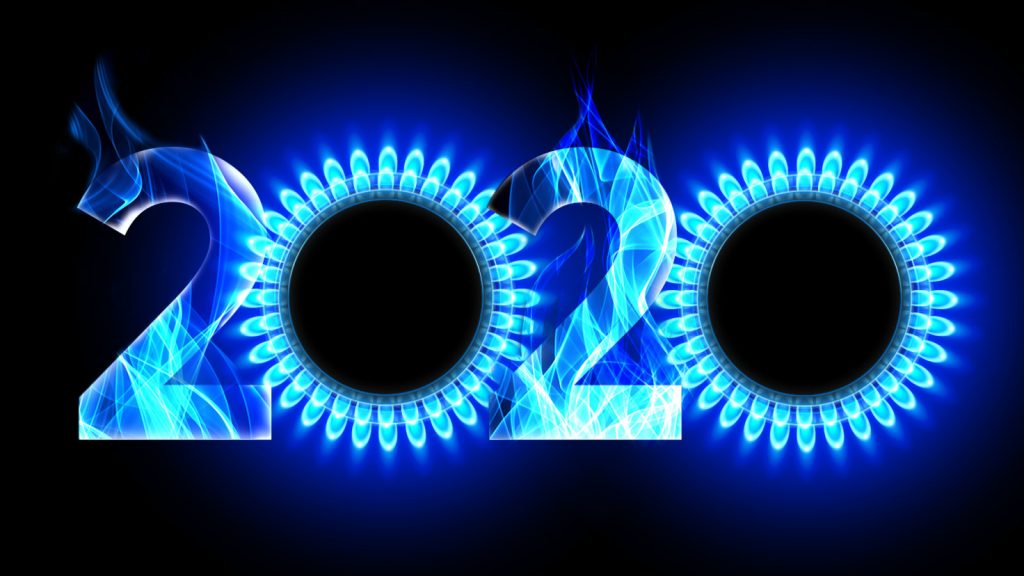 These national and regional lock-down measures had a significant impact on patterns of energy consumption across the UK, some of which were predictable; with primary energy consumption on a fuel input basis 15% down between June and August 2020 when compared to the same period in 2019 (BEIS, 2020a); while others were somewhat more novel.

Taking gas specifically, the September press release of BEIS’s UK Energy Statistics, covering April to June of 2020, stated that due to the impact of Covid-19 pandemic on activity in the industrial and commercial sector, demand for gas dropped off sharply by around 16 percent, rendering the lowest demand for Q2 since records began (BEIS, 2020b; p.8). Similarly, general demand for power dropped by as much as 20% during the first national lockdown, reaching its lowest around the Easter Weekend (National Grid, 2020).

It wasn’t only how much energy people used that changed but when they were using it too.  A ‘lockdown lie-in’ effect was observed by National Grid ESO as many of us treated ourselves to a few extra minutes in bed, afforded to some by shorter commutes to the office (from bed to the kitchen table) or the absence of a normally hectic school run, resulting in an almost 18% drop in morning demand between 5am to 8am and a flattening of the usually steep five to nine demand surge.

Furthermore, National Grid ESO witnessed weekly demand spikes seemingly created by the ‘Clap for our Carers’ movement, as shown in the graph below. On Thursdays at 8pm thousands of households ventured onto their doorsteps to show appreciation for front line workers (and maybe even catch a glimpse of someone outside of their own household). Remarkably so many people participated in this weekly show of support, that when they went inside after clapping, at around 20:02, there was a noticeable spike in electricity demand. 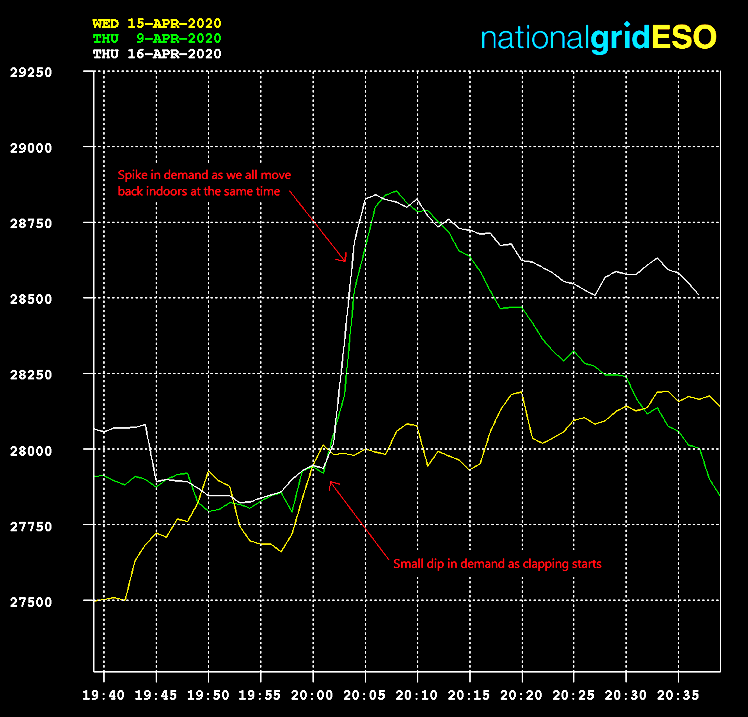 The sudden pause of business as usual has been a financial struggle for businesses and households across the country, with many sectors and industries forced to shut or reduce operations generating significant sunken costs, and many workers finding themselves unexpectedly furloughed, made redundant or out of work altogether.  The energy industry itself has not been exempt from the financial frictions of 2020. The increasing risk of customers defaulting on payments; with Bulb reporting a 300pc increase in payment cancellations; on top of perpetuating operational costs within the market, has seen the confirmed collapse of 3 suppliers (Go Effortless Energy, Tonik Energy and Yorkshire Energy), and left others apparently struggling. Moreover, for those suppliers who do weather the market the financial strains are only increased, with outstanding regulatory payments from faulting suppliers across renewable initiatives (inc. RO and FiT) expected to be smeared across the industry in a process of mutualisation. However, BEIS have kicked off 2021 with a call for evidence suggesting the current thresholds for mutualisation are under serious review.

Initially the end of 2020 was also supposed to mark the end of the official national smart meter roll-out. First launched back in 2016, this obligated suppliers to ‘take all reasonable steps’ (ARS) to install smart meters to domestic and small business customers. However, recognised difficulties in safely accessing homes and sites amidst significant covid-19 restrictions meant Ofgem extended this framework by a further 6 months, now due to end on the 31st June 2021.

Furthermore, in June 2020 the government conceded that progress had not been as swift or widespread as originally hoped under the ‘ARS’ framework due to possible regulatory uncertainty and a lack of consistent investment; with market wide smart coverage still sitting below 50%. Accordingly, a new four-year smart metering policy Framework was confirmed, due to start on 1 July 2021.

The new framework plots a clear trajectory to 100% market coverage, proposing to set each energy supplier with binding installation targets for Qualifying Metering Systems, subject to a standard annual tolerance level, applied across the industry as a percentage of the individual supplier’s relevant customer base (those domestic and designated premises); effectively obligating each supplier to carry out a prescriptive number of new Smart/AMR installations in each year of the four-year framework communicated as a minimum target.

BEIS are in the process of consulting on what the tolerances for Year 1 (1st July 2021- 30th June 2022) and 2 (1st July 2022 – 30th June 2023) should be, but the most recent proposals suggested setting the tolerance at 4% and 5.5% respectively, a slight raise on the initial minded levels in recognition of possible continued difficulties, both financial and operational, in the wake of the Covid-19 pandemic. Although, this means we may potentially expect ‘harsher’ tolerance levels in Years 3 and 4 to keep pace with the ambitious 100% trajectory, as seen in the above figure. These legally binding targets are to be published on the supplier website and will further be accompanied by new reporting requirements at the beginning and end of each roll out year. 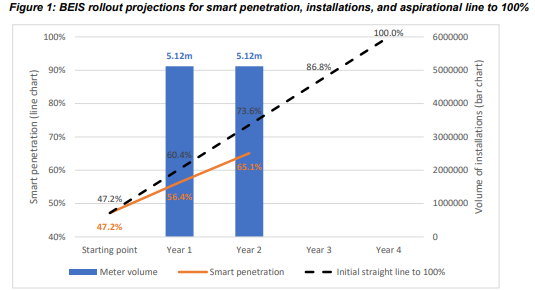 Elsewhere, the year kicked off with the introduction of nine new supplier license conditions and the amendment of a further two, building upon the enhanced market entry requirements introduced back in July 2019. The modifications, which take effect on the 22nd of January 2021, aim to strengthen the regulatory regime, drive up standards among poor performing suppliers and minimize consumers and competitor’s exposure to financial risks and poor customer service.

The review focuses on four key themes; Supporting better risk management; increasing market oversight, securing exit arrangements, and encouraging responsible governance and increased accountability; and includes a range of new supplier obligations from a new requirement to regularly assess that managerial figures remain ‘fit and proper’ to occupy their role to a mandated update of

the terms and conditions of deemed contracts to honor customer credit balances. Further, subject to a later implementation in March 2021, suppliers are expected to prepare a Customer Supply Continuity Plan setting out its strategy for safeguarding the continuity of supply for its customers in the event of its exit from the market. 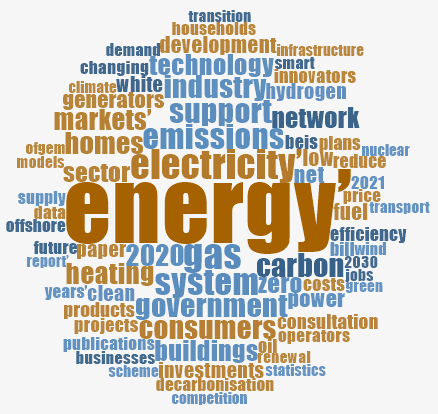 2020 rounded out with the publication of the government’s long anticipated Energy White Paper. This paper sets out to establish a strategic vision for the UK energy system that is consistent with the goal to reach net-zero emissions by 2050. The policy mechanisms outlined mark a decisive shift from fossil fuel to clean energy across power, industry, homes, and commercial buildings, creating jobs and growing the economy, all the while maintaining a commitment to keeping energy bills affordable.

Some of the headlines of the paper include:

While commentators have suggested that the White Paper has the potential to map out the ‘biggest change to the energy markets since the Electricity Act of 1989”, they also agree” there is a lot of detail to be assimilated before we can really judge whether it had to making of a coherent strategy”, although it does so far appear to harmonise with the Prime Ministers earlier established 10-point plan, published in November of 2020.

The headlines of this earlier announcement included:

Both announcements were welcomed by the regulator, Ofgem, who expressed their continued intention to work closely with government, industry, and wider stakeholders to help Britain make the transition to net-zero at the lowest cost to consumers, and this resolution was reflected in the principals of Ofgem’s proposed forward work program for 2021/22, which closes for consultation on the 19th of February 2021.

The energy market is complex owing to the many stakeholders and big data which it entertains. Nevertheless, the links below provide some useful information which may help satisfy your curiosity or be of some use if you wish to understand more.

–  An Introductory Guide to the GB Energy Industry, available at: https://es.catapult.org.uk/brochures/the-importance-of-the-gb-energy-sector/

– The Energy Podcast (by Shell), available at https://open.spotify.com/show/5MZ49KQvbHjt4PIGQ3yFqn

If there is a particular topic or feature that you would like to see in the next newsletter then let us know by contacting your Account Manager or emailing the Crown Gas and Power regulations team directly at: jennifer.wilson@crowngas.co.uk.

As usual, we welcome your views and appreciate all the positive feedback that we have received to date.